Another version of this article first appeared on Earth Touch News Network.

Semen makes a sticky gift among the great pond snails, as Joris Koene and his research team at VU University Amsterdam discovered.

Under its plain brown pointy shell, each great pond snail (Lymnaea stagnalis) carries complete sets of male and female sex organs —like two toolboxes of different gadgets.  Although these snails mate as either one sex during copulation, they can later switch and mate as the opposite sex.

Handy, but with choices come decisions—each snail has to divide its resources between the two toolboxes. The more a snail invests in its male functions, such as producing and transferring more sperm, the less it can allocate to its female functions for producing eggs. A snail’s reproductive success is hence affected by both its own and its partners’ allocation in male and female functions. 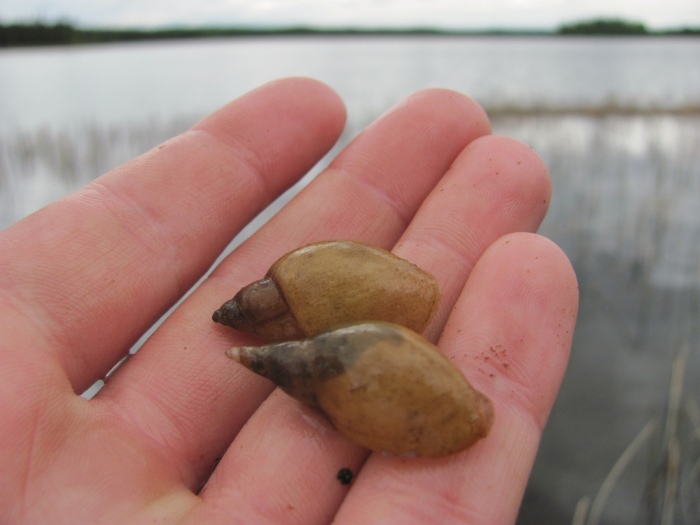 In a freshwater pond in Europe, two great pond snails meet. Romance blossoms; one snail—now the male—crawls onto the other and ejaculates into it. The partner welcomes the semen, using the sperm within to fertilize its eggs. The romance ends, apparently without fuss, but within the soft folds of the snails, sinister stirs.

When a snail that had been inseminated as a female subsequently mates as a male, it ejaculates only half the sperm count and sires one-fifth fewer eggs. An inseminated snail is a less successful male than snails that have never received sperm.

The inseminated snail’s virility was sabotaged by covert agents that sneaked in with the semen it received from previous male partners. When the male snail ejaculates into its partner, its semen delivers more than just sperm—the semen is a cocktail of seminal fluid proteins, two of which reduce the recipient’s future sperm transfer and paternity.

Great pond snail mating. From left: The snail that becomes male crawls onto the other snail, probes around to find the gonopore–genital opening–and inserts its penis-carrying organ (‘preputium’) to ejaculate semen. [Credit: JM Koene, C Levesque]

Sex among great pond snails, like in all animals, is a deal between two parties of conflicting interests. Each party slips clauses into the deal to advance its reproductive success—the number and quality of its offspring. For the great pond snails, seminal fluid proteins are tools to manipulate their partners’ sexual functions.

Snails that are sperm donor gain the most by mating with partners who have lots of eggs, and fertilizing those eggs. The more eggs available for it to fertilize, the more offspring a sperm donor could sire. A sperm donor loses out if its partner packs its own huge sperm load. Using seminal fluid proteins, a sperm donor snail can direct its partners to invest more in eggs by reducing the number of sperm its partners transfers—and presumably the numbers produced too.

Seminal fluid proteins can also affect egg-laying behavior, a female function that largely determines reproductive success. Ovipostatin—a seminal fluid protein unique to great pond snails—reduces the number of eggs laid by the inseminated snail. This seems to act against the benefit of the sperm donor.

When Koene first discovered ovipostatin, he hypothesized that ovipostatin benefits the sperm donor in yet unidentified ways and that the reduced egg-laying is merely a side-effect. His team later found that snails that are inseminated more often—likely receiving more seminal fluid proteins too—lay fewer eggs but invest more resources in each egg. This suggests that ovipostatin directs the partner to sacrifice egg numbers but compensate with better nourished eggs. 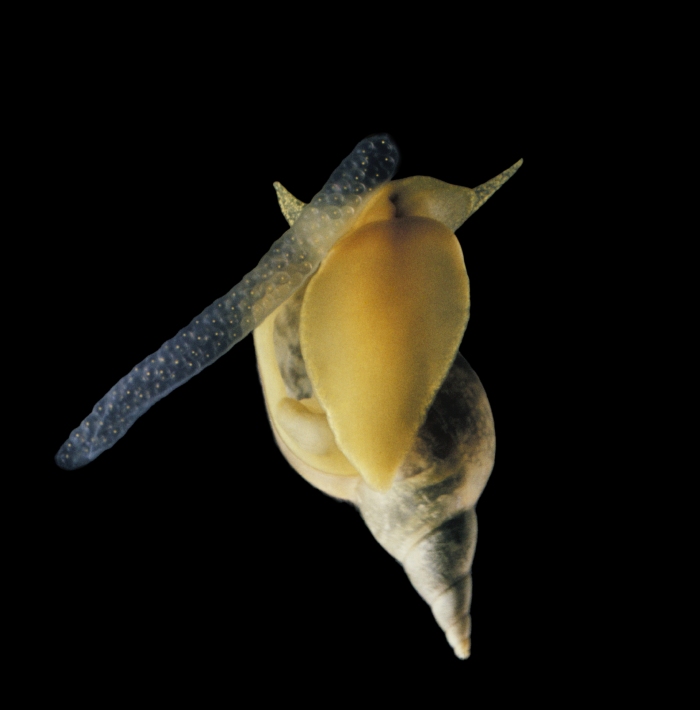 The female side of the great pond snails enjoys a fair number of perks too. These snails mate and change partners frequently, receiving generous amounts of ejaculate. They digest most of the ejaculate (yummy!) and store the remaining sperm for up to three months, using them to fertilize eggs when desired. And when no partners are available to provide sperm? They just fertilize their eggs with their own sperm—scientists call this ‘selfing’.

Sex fascinates and confuses us. But ours is a simple case; at least our partners don’t switch their sex after a brief romance or compare prostate glands. That’s the challenge for the great pond snails, which Machiavelli would admire for their tricks well hidden under a plain guise of brown pointy shells.